When I was sixteen, I went on a tour with my high school’s basketball team to North America to play against teams in the USA and Canada.

We played against many schools over the six-week period, most of which never knew we existed, and presumed that if we were good enough to travel all the way to their little town, we must be something like the Australian junior team.

We were far from that  level of talent (although  we won something like  80 per cent of our games).  We actually scared quite  a few of them who read  our team name, Parade College, and presumed they were going up against a university-aged group.

That trip introduced me to a lot of things. Some of which I can’t mention on here. The things I can mention are the professionalism I saw at the high-school sports level, including my first ever ‘scouting report’.

Given the rapid bus-in, bus-out nature of our trip, we didn’t really get a chance to prepare for each tournament or series of games we attended. However, neither did our opposition, which definitely worked to our advantage.

On the rare occasion we would have a full day between games. Opposition teams were able to watch us play and put together a rudimentary scouting report on each player, to help give their side an edge when we tipped off against them.

This was well before iPads and Wi-Fi and iPhone cameras, so the report that found its way to me via my billet family was handwritten and photocopied for their team. Alongside my name, height, weight, and position it read, ‘Can hit the three given T&S.’ That’s it. It was so brief I didn’t even understand it. It was later explained to me that T&S meant ‘Time and Space’.

Everything I had to offer my team, summed up in twenty-two characters. It didn’t even specify if I was left- or right-handed. And how did the scout know even that? From the one game he had seen me play. My only score came on a wide-open, three-point basket.

Given very limited time to sum me up, they had taken the one piece of information they could see, and find, to report back. This was what I was now known for among our opposition.

My ten-plus years of playing basketball, building knowledge, and a well-rounded skill-set (well, I thought), reduced to such a small summary and presumption of my worth to my team and the attention I deserved in the game.

The theme of my book ‘Social Media Scouting Report: Helping Athletes To Shine Online’ revolves around a similar story. It’s a book about athletes and social media. Your actions online are building a very specific scouting report on your character, value, identity and reputation. People are judging you based on the information available to them, just as that scout did with me.

If people were asked to form an opinion of you purely based on your online actions and behaviour, or the snapshot of your social media posts, what conclusion would they inevitably reach?

If there is more to your story than what is currently being told online, more value that you have to offer, then I can’t wait to share Social Media Scouting Report with you.

The paperback version is available to buy here now: http://www.hookmedia.com.au/book/ 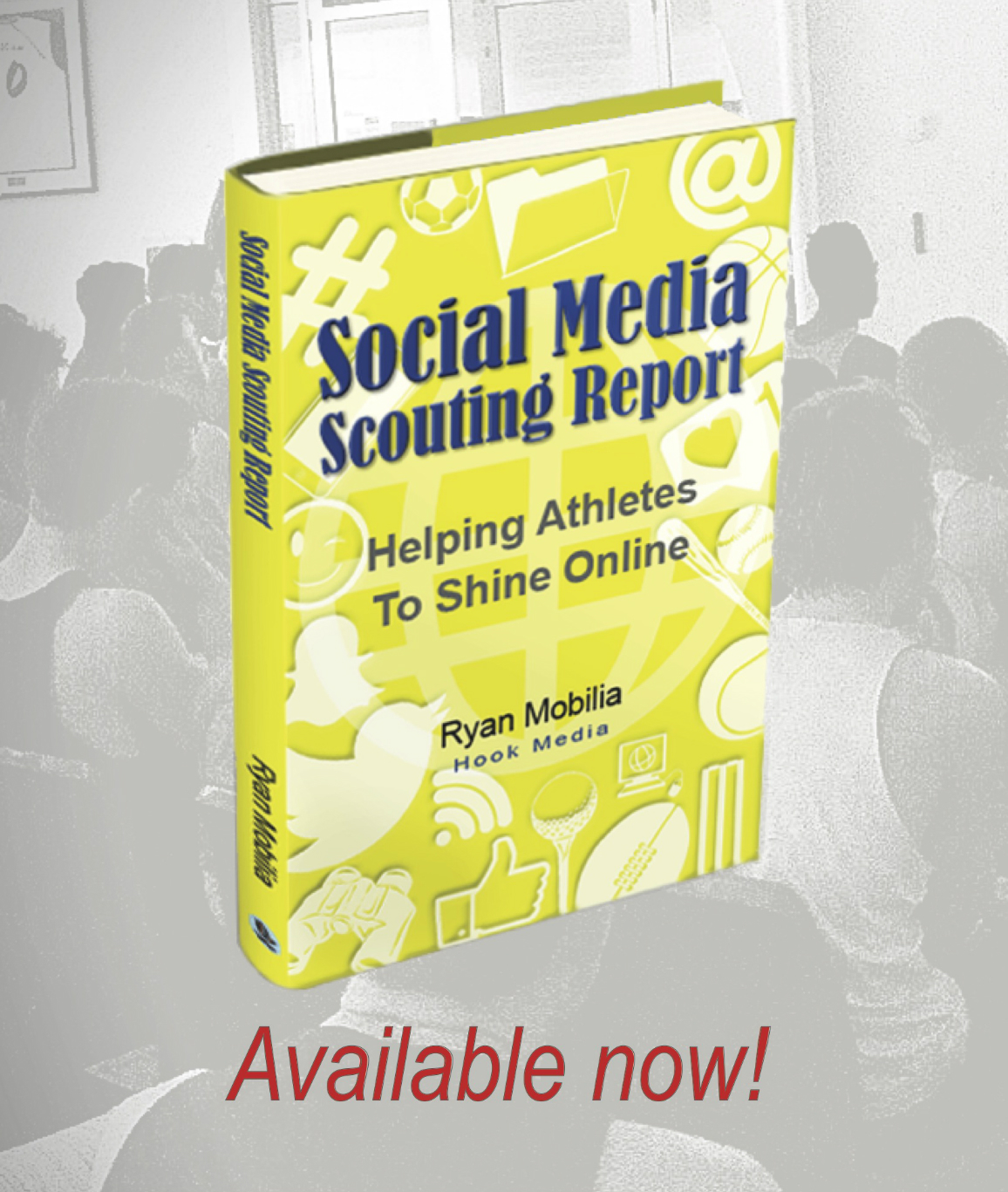